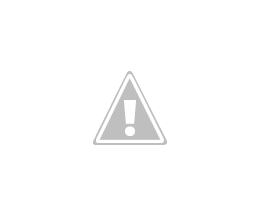 David Bridgwater, 50, was formerly a successful National Hunt jockey with over 450 winners to his name, including five at the Cheltenham. Indeed, he was, for just over a season, stable jockey to Martin Pipe, but resigned that position in September, 1996 to ride freelance.

'Bridgy', as he is popularly known, joined the training ranks in 1998 and from his intial base, at Hill House Stables in Lambourn, saddled three winners with his first three runners. He subsequently moved to Slade Barn Stables in Ford, Gloucester en route to his current base, at Wyck Hill Farm in nearby Stow-on-the-Wold. However, despite a flying start to his training career, it was not until the 2011/12 that Bridgwater reached double-figures for a National Hunt season; despite holding a combined training licence, he has still yet to do so in a Flat season. He enjoyed his most successful so far, numerically, in 2014/15 with 33 National Hunt winners.

Bridgwater achieved his first major success as a trainer in January, 2012, when The Giant Bolster won the Murphy Group Chase at Cheltenham. Less than two months later, the same horse belied odds of 50/1 to finish second, beaten 2¼ lengths, behind Synchronised in the Cheltenham Gold Cup.

It would be fair to say that big race winners for the yard have been few and far between, but Bridgwater did saddle The Giant Bolster to win the Cotswold Chase at Cheltenham and Wyck Hill to win the Eider Chase at Newcastle in early 2014. More recently, he achieved his first Cheltenham Festival winner as a trainer with the ill-fated The Conditional in the Ultima Handicap Chase in 2020; a leading fancy for the 2021 Grand National, The Conditional was fatally injured in the Denman Chase at Newbury in February that year.