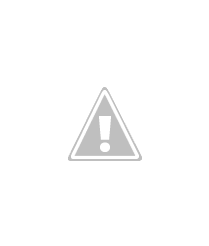 A qualified veterinary surgeon, James Tate spent eight years in that capacity, two in mixed practice and six working for North Yorkshire trainer Mark Johnston. He subsequently moved to his current base, Jamesfield Place in Newmarket, and took out a training licence in his own right in October, 2011. Shortly afterwards, he became a private trainer for Rabbah Bloodstock, the company founded by Sheikh Mohammed to manage the racing interests of his friends and associates/

Tate saddled his first winner, Dark Falcon, for high-profile Emirati owner Saeed Manana at Southwell in December, 2011. After just one winners from five runners in his inaugural season, he increased his winning tally to 21 in 2012 and 62 in 2013. He would not surpass that seasonal total until 2019, when he enjoyed his most successful season so far, with 72 winners and over £926,000 in prize money. That year, he expanded his training operation with the purchase of Cavendish Stables, formerly occupied by Alan Bailey, in Newmarket.

By that stage Tate had already saddled his first Pattern race winner, Invincible Army, in the Group 3 Sirenia Stakes at Kempton in September, 2017. Invincible Army would also become the first Group 2 winner for the yard, in the Duke of York Stakes at York in May, 2019. All told, Invincible Army won six of his 19 races and over £371,000 in prize money. Tate has yet to saddle a Group 1 winner, but his career tally, so far, is over 400 winners and over £4 million in prize money in ten seasons, the last of which is far from over.